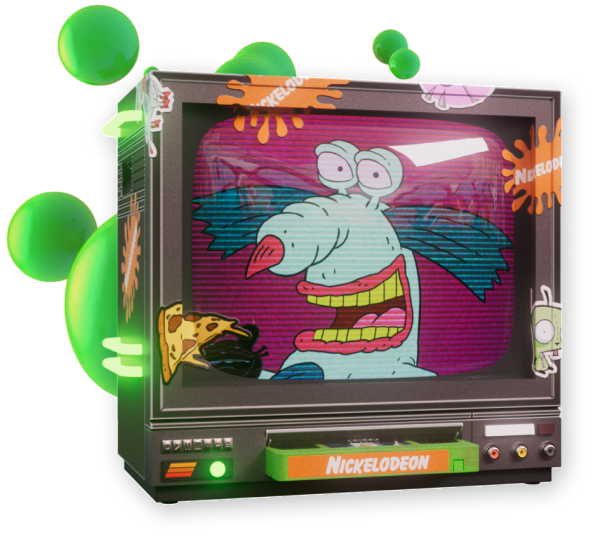 Scare up some fun with Invader Zim and AAAHH!!! Real Monsters.

Starting on Earth date November 7th at 11am ET, 10,000 TV Packs will be available to purchase, each containing one of 12 characters from Invader Zim and AAAHH!!! Real Monsters. Be sure to register for a Nickelodeon.xyz account before the drop starts so you don’t miss out!
REGISTER NOW
If you have an existing RECUR account, you’re good to go. Your account can be used to access Nickelodeon.xyz. 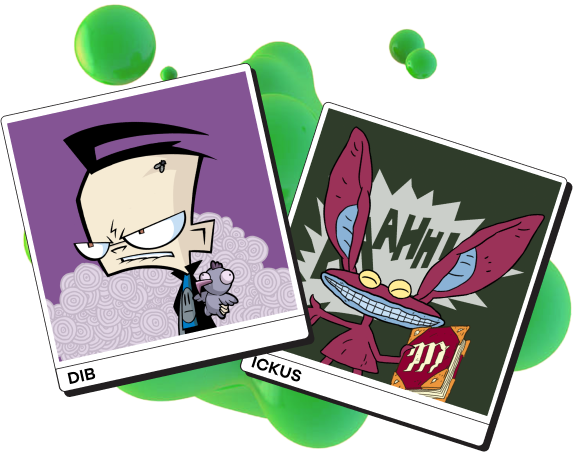 Each Season 2 TV Pack contains one of 12 characters made unique by a randomized combination of nine attributes.

How will these characters play into Zim’s GENIUS ultimate plan?

Human minions who hold a TV Pack can reveal their character, sell it on the Nickelodeon.xyz marketplace, or even withdraw it to other marketplaces. But keep in mind, a special challenge awaits those who directly help Zim TAKE OVER THE WORLD!
LEARN MORE 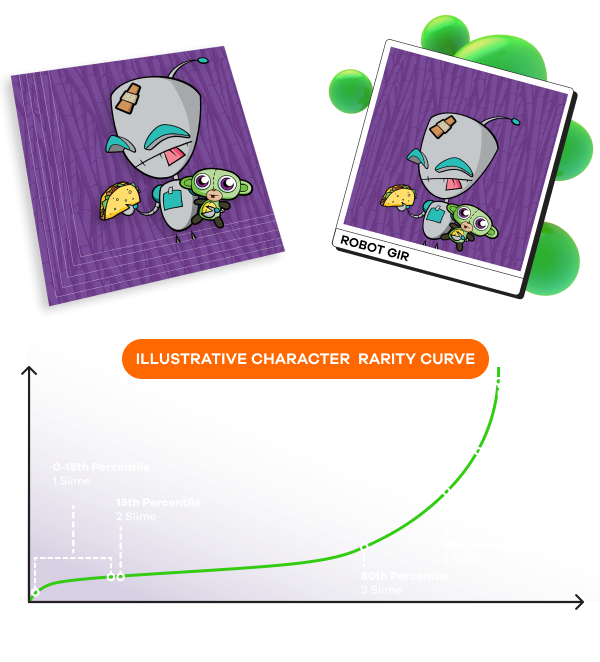 Each of the 12 characters have their own rarity curve. The individual character PFPs are ranked on the relevant character's rarity curve based on its unique combination of attributes. Where the PFP falls on the rarity curve determines its Slime Score. 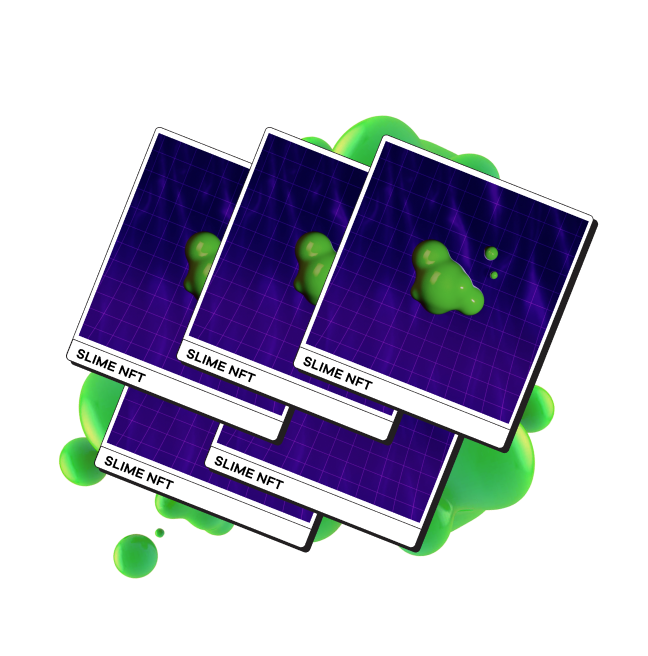 Zim is relying on you to help him take over the world! Just a week after the drop, minions can participate in the next phase of Zim’s ultimate plan. In the first set of challenges, you’ll be able to swap your characters for Slime. Your character’s Slime Score determines how much Slime they’re worth.

Each character will have a designated Slime Score of one, two, three, four, five, or 10. They can then be exchanged for an amount of Slime equal to their Slime Score. Minions who collect 10 Slime can unleash a powerful monster Mashup. But act quickly! Only 5,000 Slime will be available to be redeemed and Slime from last season cannot be used in this season.

Get ready for the big Slime, beginning November 17th. 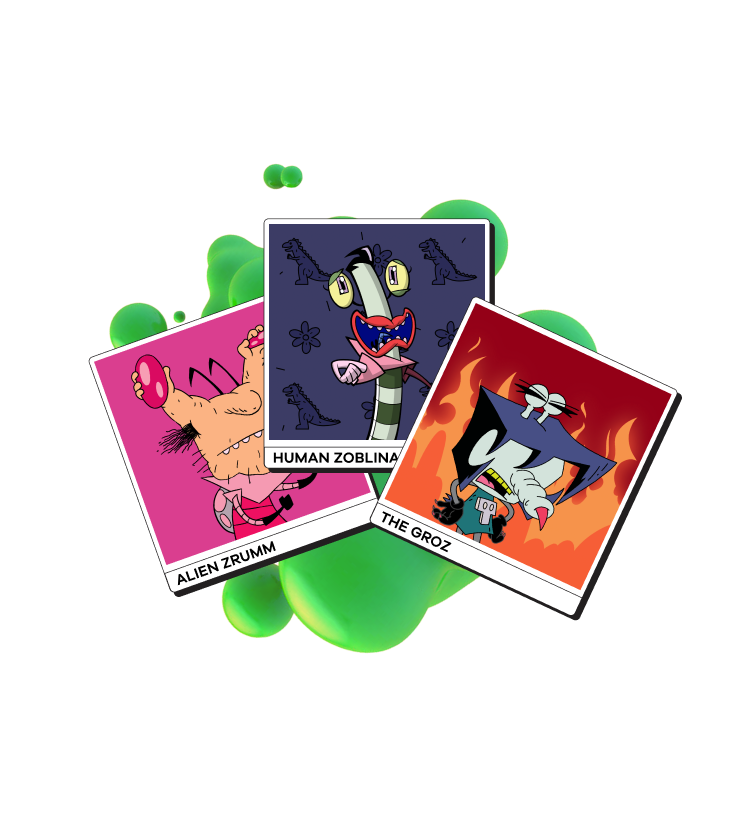 Finally, for what is perhaps the most important part of Zim’s ultimate plan to “help” humanity, once a minion collects 10 Slime they can unleash an ultra-rare and powerful Mashup.

These mashups are so hideous, so vile, so perfectly evil that only 500 of them can ever exist. Together, they’re powerful enough to topple Earth’s mightiest warriors! Will you get Zim mixed with Krumm? Perhaps Daz and the Gromble? So many possible combinations. SO. MUCH. CHAOS!!! 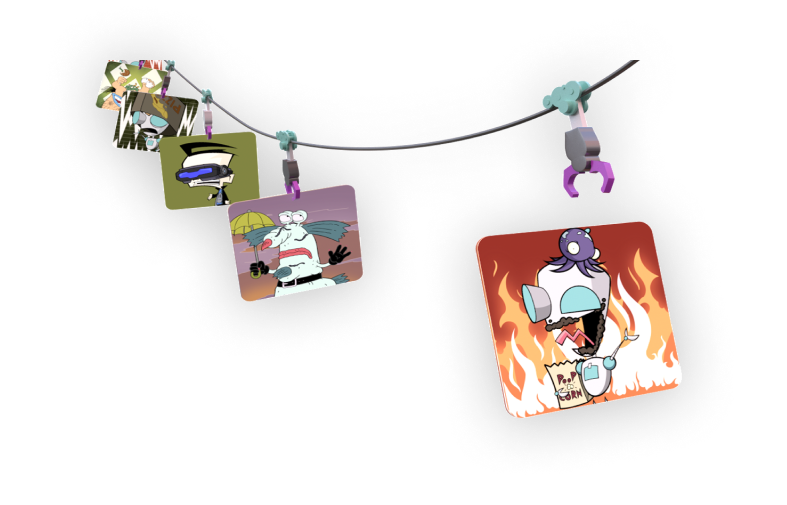 What is Nickelodeon.xyz?
What are the details for this season?
How many TV Packs can I buy?
How do I sign up for an account?
Are there benefits for RECUR Pass Holders?
How do I get on the allowlist?
How does the allowlist sale work?
How does the Pass Holder sale work?
How do I Slime my characters and what can I do with Slime?
Can I use Slime from Rugrats and Hey Arnold! in this season?
Who is RECUR?
How do you make sure your NFTs are sustainable?
Do I have to go through identity verification?
How do I get help with an issue?

You can change your preferences any time on our Cookie Preferences page.
DenyAccept